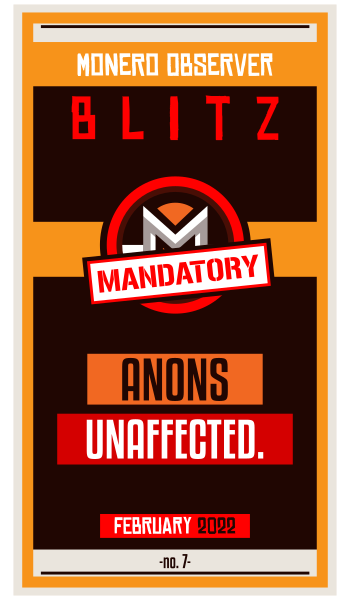 Here’s a recap of what happened this February in the Monero community:

That’s it for the 7th edition of Monero Observer Blitz.

PS: Monero Observer is fully funded by you: anons, cypherpunks, freedom lovers. No sponsors, no conflicts of interest. Support my MO Spring 2022 CCS proposal. I am grateful for your contributions.