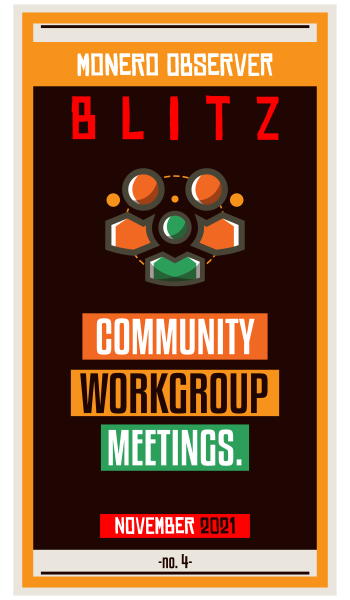 Here’s a recap of what happened this November in the Monero community:

That’s it for the 4th edition of Monero Observer Blitz.