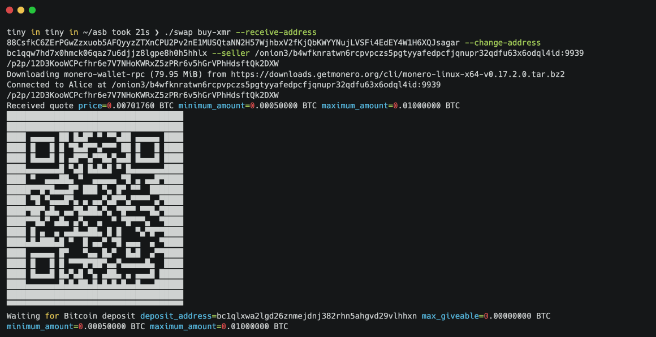 The long wait is over: XMR <-> BTC atomic swaps are now live on mainnet. This1 probably is one of the biggest events in Monero history. And it affects Bitcoin as well, obviously.

Monero contributor Seth2 just completed his first mainnet atomic swap, essentially selling XMR for BTC in a peer-to-peer, trustless and private trade over Tor with the use of COMIT network’s open source tools3.

You can follow Seth’s amazing guide4 and start swapping today.

The future is now, indeed. Finally some great news.