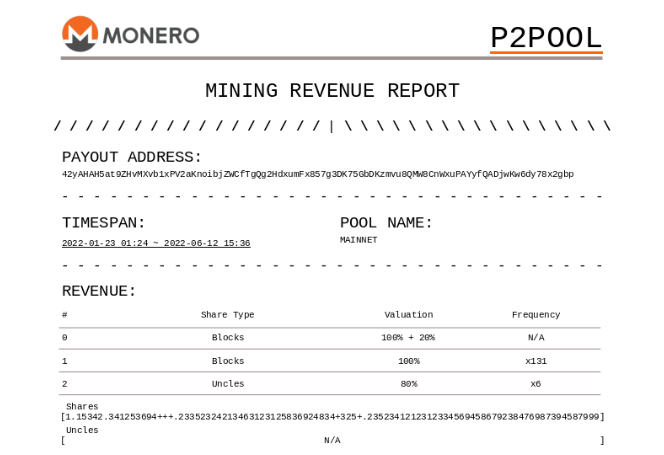 I recently made a script which generates a .pdf report of your p2pool mining revenue. [..] It’s currently on Github, licensed under GPLv3+/CC-BY-SA 4.0 for the template. (.odt/.pdf)

The script is currently lacking some features like uncle block stats, HR estimation, XMR to USD revenue conversion and others.

If you are familiar with Python, inspect the source code6 before using the script.