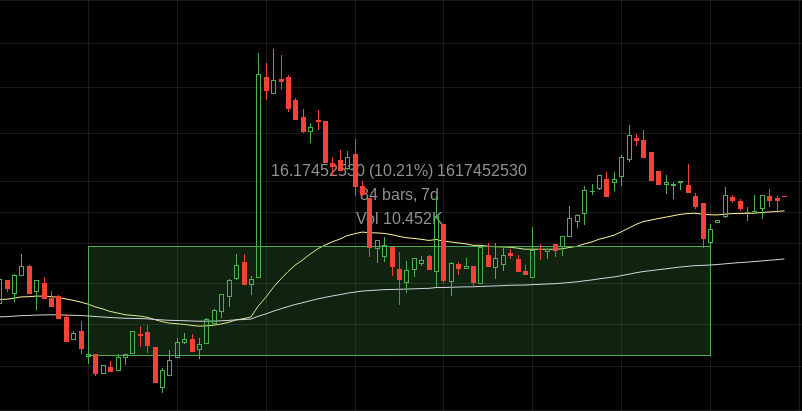 The bears started Week 10 full of confidence and were looking certain to capture 160 as the action briefly dipped below the key level, piercing the 2H 200 EMA before touching 153.33 on Monday.

Unfortunately for them, that was the week’s low point, as the bulls were very much ready to counter that move.

What followed was going to surprise the bears and most pundits: the bulls secured 160, broke 180 and touched 200 all in one single blitz attack that lasted less than 24 hours.

The impressive ~35% surge was going to be the weekly peak, as bearish reinforcements showed up to defend the daily 200 EMA and managed to block any further advance at 207.75 on Wednesday.

Bulls quickly started to lose steam and were unable to secure a stable strategic position above 200.

In less than 8 hours, the bears exploited 1/2H relative strength index divergences to initiate a counterattack, forcing the bulls to retreat to a safe .786 Fibonacci Retracement level, just above 160.

On Sunday the bulls tried to start another impulse wave up from the 4H 200 exponential, but the bears immediately stopped that higher high from developing under 195.

As I am writing this report, 180 is where the action is at. Both forces are struggling for control of the area.

The bulls are in a very good position, supported by the daily 50 EMA.

The bulls have to defend 150-160 and use that support to restart their offensive campaign towards 180.

Failed: very close, there is still work to do.

If they can keep the action above 180 and cascade a golden cross from lower time frames to the daily, their opponents would be in big trouble.

The bears should prepare to defend. They don’t have a lot of options currently.

Bears need to retake 160 and use its strategic value to launch attacks inside the heavily defended bull zone: 135-150.

Failed: except for Monday, this was definitely not a good week for them.

The bears need to stop the bulls from taking 200 and push the action below 180 as quickly as possible.

A close below 160 would essentially kill the freshly initiated higher high / higher low formation, while exposing 150 and 135.

On the BTC front (Poloniex XMR-BTC) the bulls are relentlessly advancing into enemy territory and the bears are struggling to come up with an answer.

The bulls started the week at .004140 with an apparent conservative approach. They were looking rather satisfied with defending positions above relevant moving averages.

All that changed mid-week, when the bears failed to spot the 4H golden cross and defend .0044 against a suprise attack. They were forced to quickly reposition above the weekly 50 EMA.

Bears briefly pushed back the action all the way to .0043. That only lasted until the weekend though, as the bullish retaliation resulted in a close just above the daily 200 exponential, at .004658 (+12.51%).

The bullish campaign is looking very promising at this point.

Victory in that zone opens up an opportunity to strike critical resistances under .0075 (weekly 200 & monthly 50 EMAs).

Bears are in denial and need to find a good counter soon.

The bears need to stop the bulls from building their higher high / higher low pattern.

Failed: bears could not stop the bullish impulse.

The bears have to push the action below .0046 in order to retake control of the important 200 daily exponential and use that as resistance against further aggression.